If you or someone you love has suffered a serious injury from a dog bite or other animal attack, you may have the right to seek damages from the animal’s owner. These cases can be quite complex, and it is important that you have an experienced Georgia personal injury lawyer who knows the law and will fight to protect your interests.

At the W. Winston Briggs Law Firm in Atlanta, our dog bite lawyers represent clients in all types of animal attack cases. While the majority of these cases typically involve dog bites, the attacks can come from any type of domesticated animal. When you hire our firm, we will do everything in our power to obtain the compensation you need to recover from your injuries.

If you have been injured in an animal attack, the claim is usually against the pet owner’s home insurance policy, even if the attack didn’t take place on the owner’s property. There are a number of factors that need to be addressed in order to be successful in these cases.

Briggs WinstonFirst, Georgia has a “one bite” rule. If the dog had never attacked before, an argument could be made that the owner didn’t know of its violent tendencies. We will investigate the dog’s history to see if a propensity for violence should have been apparent even though it had never bitten before.

Second, if the dog was provoked or felt threatened, the owner’s lawyers could argue that the attack was justified. We will work with you to understand exactly what happened leading up to the attack and build the strongest possible argument to support your position.

Finally, Georgia and many local jurisdictions have strict laws about keeping animals secured so that they are not a threat to others. We will work to ensure that the owner was in compliance with the law. If the owner violated the law in any way, we will use that information to build a stronger case as we seek the compensation you need.

Georgia’s dog bite law is under O.C.G.A. 51-2-7, and says that even if a dog bites you, that may not be enough to prove your case.

Under this code of law, to show that a dog’s owner was negligent and responsible for the bite, you need to demonstrate that the dog was vicious, the owner was careless with the dog and you did not provoke the dog into biting you. There is also a two-year statute of limitations, so if your dog bite occurred more than two years ago, your case will likely not hold up in court.

There are a number of instances in which a dog could be considered vicious, and in which its owner could be found negligent. For example, maybe the dog was known for growling at people, and the owner let it roam free on the street. The dog owner could have brought the dog to the dog park, where it’s known for attacking other dogs, and allowed it be there off-leash. Or, the dog owner could have invited you over and had the dog out, even though the dog had bitten someone before.

However, the owner would likely not be held liable if you were provoking the dog. Were you growling back at it, attempting to play with it even though it was growling at you, yelling at it unnecessarily or walking up to it and trying to pet it, even though it was on a leash in someone’s yard? These are all factors that would be weighed in a court of law.

Some defenses the owner might have include not knowing it was aggressive – either because it was never aggressive before or they just got the dog – the lease the dog was on broke, or they were alone in the dog park and didn’t see you entering in time. It will be up to the judge to determine who was right and who was wrong in these scenarios.

Steps to Take After a Dog Bites You

If a dog has bitten you, there are some critical steps you need to take right away.

First, collect information from the dog owner, including their name, address, and phone number, as well as their insurance information, like homeowners or renters insurance. Make sure you ask for proof that the dog received a rabies vaccination; if the dog did not, you would have to get treatment for that as soon as possible.

Since your dog bite could be infected, you need to go to the hospital right away and get treatment either way. Tell your doctor about any bruising or other wounds that you may have, as well as internal pain like a headache or backache. Make sure to monitor your health and write down any physical pain you feel from the bite overtime.

You should also take photos of your bite; just have a medical professional help you so you don’t take any chances with further harming yourself. For instance, you shouldn’t unwrap your gauze without the assistance of a doctor or nurse. Take any photos of torn clothes or bruises that may also have occurred because of the dog bite incident.

Make sure you report the incident to your local police in Georgia and call a non-emergency line if it’s not a life-threatening bite. You also need to call the local animal control hotline and tell them what happened. Reporting the incident to the police and animal control branch shows the court that you took all the right steps in protecting yourself as well as any future possible victims.

What Can Result from a Dog Bite Case?

If you end up in a dog bite lawsuit, you could be entitled to a few different types of compensation.

You could receive money to cover your medical bills, or any future medical bills for procedures you’ll need, like plastic surgery to cover up the bite. If you had to go to therapy to deal with trauma from getting bitten, you could get compensation for those bills as well as any future treatment you’ll have to go through.

If you had to take off from work since you got injured or couldn’t sell your home because you live near vicious dogs, then the court may grant you a settlement. You may get money if your quality of life suffered, you were humiliated because of how you looked following the dog bite or you experienced some sort of mental issues – such as anxiety or depression – because you were scared after the dog bite and didn’t want to go outside.

Realistically, all these factors could add up to a sizable settlement, as long as you’re able to prove negligence. You will either receive compensation from the animal owner’s insurance company or the owner, if they don’t have any type of insurance.

Once you’ve gone to the hospital, retrieved the owner’s information and reported the incident, it’s time to contact a dog bite attorney in Georgia who can represent you. Since you need to focus on healing right now, it’s best to leave your case in the hands of a professional who know the dog bite laws and can help you win your case. They will get you the compensation you deserve so you can go back to your normal life, pre-dog bite, in a timely manner.

Call for a Free Consultation

Contact our office today to discuss your dog bite or other animal attack injury and learn more about what we can do to help you. You can reach us by phone or via e-mail. We take most cases on a contingency basis, which means that you don’t pay any attorney’s fees unless we win compensation for you.

The Briggs Law Firm specializes in representing people and the families of people injured or killed due to the carelessness and recklessness of others. Our founder, W. Winston Briggs, has tried more than 150 jury trials in his 25 year career. Mr. Briggs is a skilled trial lawyer well known for his ability and willingness to try cases. That results in higher settlements to our clients because insurance companies recognize that Mr. Briggs is a seasoned and fearless litigator who will try cases if they don’t pay the full value of the claim. If the case must be tried, there is no better firm to have on your side.
Representing Georgia Accident Injury Victims 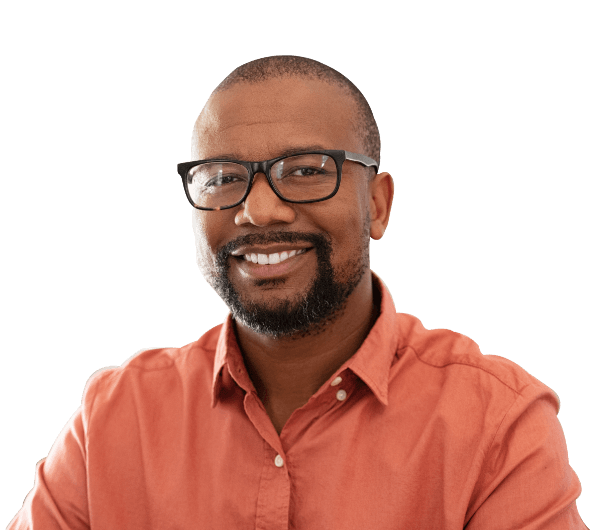 The Briggs Law Firm specializes in representing people and the families of people injured or killed due to the carelessness and recklessness of others. Our founder, W. Winston Briggs, has tried more than 150 jury trials in his 25 year career. Mr. Briggs is a skilled trial lawyer well known for his ability and willingness to try cases. That results in higher settlements to our clients because insurance companies recognize that Mr. Briggs is a seasoned and fearless litigator who will try cases if they don’t pay the full value of the claim. If the case must be tried, there is no better firm to have on your side.
Representing Georgia Accident Injury Victims
Motor Vehicle Accidents
Other Personal Injury
Bicycle Accidents
Truck Accidents
Pedestrian Accidents
Medical Malpractice
Slip & Fall Injuries
Wrongful Death

“My husband died in a terrible trucking accident, leaving me a widow and my son without a father. The trucking company (that killed my husband) initially refused to accept responsibility for my husband’s death. I hired Winston Briggs and turned everything over to him. During this very difficult time, Winston took total control of the case and filed suit in federal court in Virginia.
Mary Ann Garrarde, Atlanta, GA

“While cycling with a group in Roswell, I was hit by a car, resulting in emergency hospitalization for multiple injuries, two surgeries, and months of rehabilitation. The driver, who was charged with improper passing, was uncommunicative, as was his insurance company.
Cyclist Tom Erdmanczyk, Roswell, GA
I sustained injuries when I was hit by a car riding my bicycle. The driver contended I was at fault for the collision. In researching attorneys, W. Winston Briggs came highly recommended as a personal injury trial attorney. I hired Mr. Briggs and his firm took over my case.
Cyclist Bruce Fernald, Atlanta, GA
I injured myself requiring surgery when I fell at a hotel in New Orleans while on business. The insurance company for the hotel initially denied responsibility for my injury and then later offered me only a modest sum to settle the case, claiming there were multiple problems with my claim. I retained Winston Briggs to handle my claim and he did the rest.
Ed Dietzel, Atlanta, GA
I have been fortunate to find (surfing the web) W. Winston Briggs Law Firm to take over my case after almost a year of being with a “highly recommended season” attorney who was unable to serve the defendant, claiming he was “too big to be served,” here in Atlanta?
Camille, Atlanta, GA